With the exceptional wealth of works by Christo and Jeanne-Claude in its possession and the Würth Collection is putting on a remarkable retrospective exhibition highlighting the major projects undertaken in the career of this artistic couple.

Christo (1935 – 2020) and Jeanne-Claude (1935 – 2009), two names which, since the 1960s, have left their mark on the contemporary art scene and the collective imagination. Their projects are constant invitations to examine the world we live in, be it natural or constructed, with fresh eyes.

An orange curtain suspended between two mountains in Colorado in 1972, the Pont-Neuf wrapped in Paris in 1985, giant parasols erected simultaneously in Japan and California in 1991… These transient installations attempt to bring art closer to the general public and offer a purely aesthetic pleasure. The very art of drapery offering the play of shadow and light, the fall of the folds, the ropes and knots envelope and therefore distract the eye the better to unveil or reveal powerful forms and volumes.

The Franco-Bulgarian couple, which was subsequently to be granted American nationality, met in Paris in 1958. Coming very quickly in contact with the group called Les Nouveaux Réalistes (the New Realists), Christo freed himself from the surface of the canvas and incorporated the use of objects in his work. He produced the first wraps and made his first interventions in the public space. In the course of those six years in Paris the seeds were sown not only of the foundations of their artistic practice but also of any number of projects, which would often take several decades to come to fruition. In 1964, they put down permanent roots in their studio in New York but their exploration of the wider world would not cease as they promoted and developed their various projects. 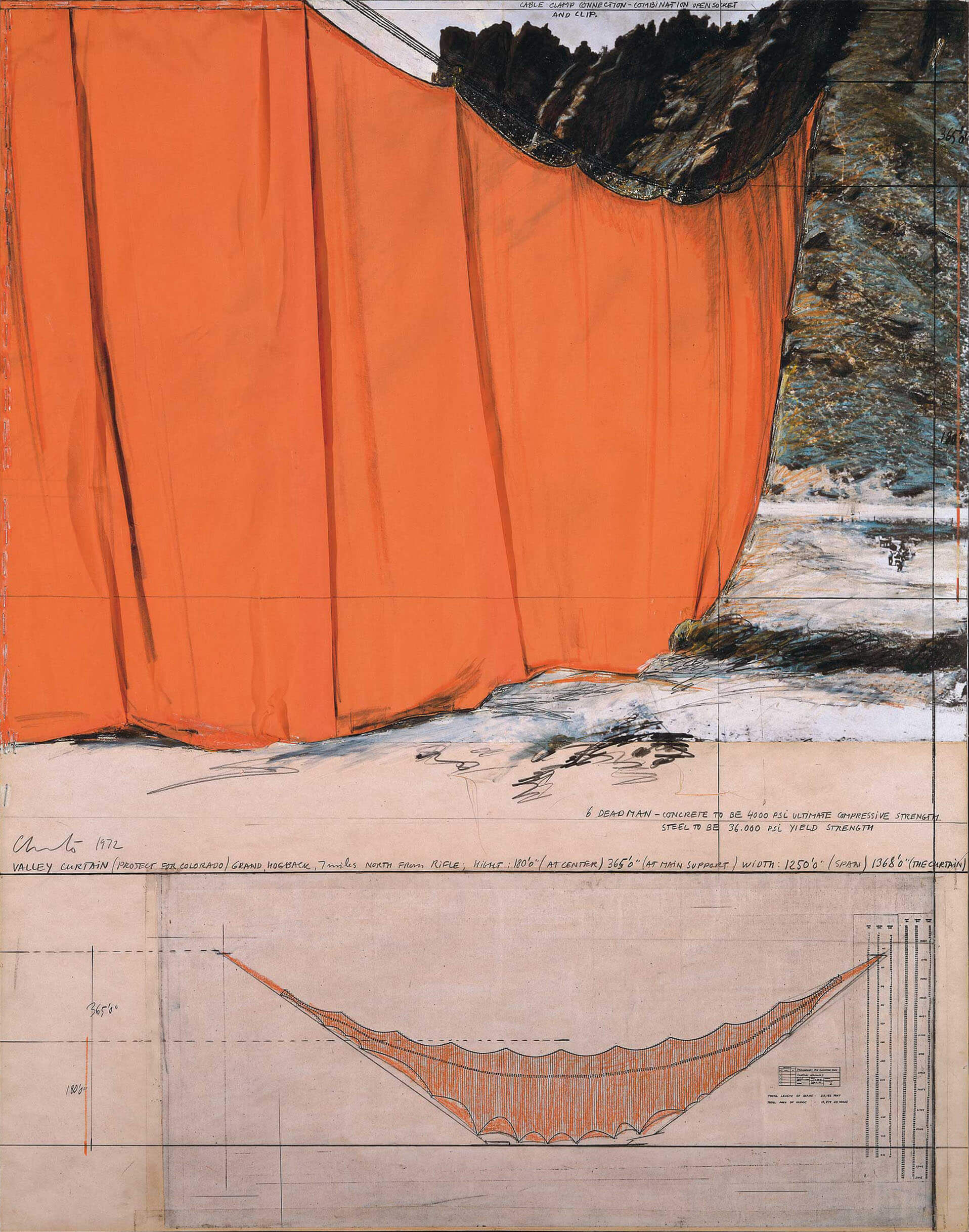 The art of Christo and Jeanne-Claude is part and parcel of a long process of creation in which each step in its elaboration is primordial. Indeed, the final temporary installation is not only indissociable from the preparatory drawings and models produced earlier in the process, it also lives on in the memory in the form of photographs and films. The great freedom of creation demanded by the couple, who fully funded their own monumental projects, is only possible thanks to the sale of those works.

The Würth Collection, with nearly 130 works, bears witness to the resolutely committed support of the collector Reinhold Würth in an artistic and unique “Project”.

Despite Christo’s recent passing, the wrapping of the Arc de Triomphe in Paris, a long-standing project initially planned for autumn 2020 then pushed back to 2021 because of the COVID-19 pandemic, is maintained.